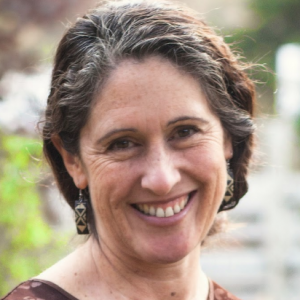 Director, Co-Founder and Lead Field Instructor
Heather King is most profoundly moved by the relationship between children and nature. “Nothing else has the same mirror to the nature of being human; A sense of calm, a surge of energy, a marvelous moment that lasts a lifetime, these are the gifts of nature, and I can only hope to create the space for that connection to happen more often”. Heather has two daughters and is married to Greg Grant (her best teachers). With a Masters Degree in Outdoor Education Administration, a Bachelor of Science Degree in Environmental Education and a Multiple Subject Teaching Credential, she continues to seek new insight and knowledge of nature, kids and herself, pursuing a doctoral degree at Antioch. She is a professional outdoor educator and mentor with over 25 years of experience. Her broad range of positions have included science teacher at Oak Grove High School, Education Coordinator for the International Center for Earth Concerns on the Taft property in Ojai, and instructor for programs in Maryland, Colorado, Northern California, Washington, Oregon, Arizona, Utah, Illinois, Vermont, Montana and Maine. With a growing staff team of leaders, Heather hopes to solidify a sustainable organization that reflects the diversity of our communities and the urgency of our goals. This is a heartfelt profession for Heather, who is committed to fostering a playful sense of discovery and wonder that leads to a joyful curiosity and a deep sense of responsibility. Heather spends her free time gardening, learning traditional skills and traveling with her family.
Sara has been a lover of the outdoors and nature since she can remember. From camping in Mammoth as a child to riding her horse for hours in the canyons as a teen. She has always found solace and connection in nature. Sara spent many years working with special needs children and at risk youth. She recently taught leadership and team building to students at Montessori School of Ojai. Sara holds a M.A. from Naropa University in Dance/Movement Therapy. It was here that she was introduced to wilderness therapy. Following the completion of her degree she worked with at risk youth for 5 years. During that time she developed and co-led bi-yearly backpacking trips for the youth. Later she led groups of young adults through Central America where they worked in National Parks, helped the plight of sea turtles and did other service projects. She has studied the medicinal uses of plants for the past 20 years. She is a bird watcher and has a great love for all creatures. Sara has led rites of passage programs for women and expressive arts therapy programs for pregnant women. She is very excited to support Mothers in their connection to the wilderness.Currently Sara is the mother of two energetic boys. She not only teaches cooking at the Montessori School of Ojai she also holds the position of Director of Development.  She recently completed her own 4 day vision quest in nature. She and her husband enjoy spending as much time as possible in nature with their boys. 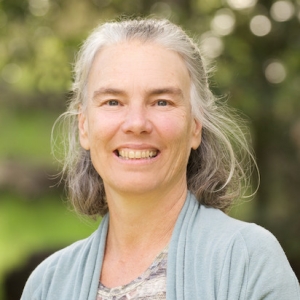 Trudy was raised in the Ojai Valley, finding growth within herself deep beneath the mud that swallowed her bare feet. She believes one of the greatest gifts in her life was the support from her family, to trail off into the field, following her curiosities even at a very young age. Closely accompanied by her two goats, she’d travel to the pond to search for tadpoles or carve tunnels within the fields of mustard or follow the bees around the garden. Through this freedom to discover, her youthful curiosity and confidence was able to flourish. This admiration and respect for her environment continued into her playful adulthood. She headed North into the PNW, where she earned her B.S. in Biology while building a career in wildlife conservation and rehabilitation. During this time, she found the love and gift of education through her focus on public outreach. After 10 years working with wildlife, she decided to turn her efforts fully towards nourishing the connection between our youth and the preservation of our environment. She has since returned to Ojai, where she is happily educating, climbing, birding, gardening, backpacking, and continuing to play!

Tessa weaves her understanding of human development, ecological systems, and the power of play to design and facilitate experiential learning opportunities in the field, garden, and classroom. She is a nurturer of nature and lover of language. Her playful approach and adaptable tools invite practices of self- and environmental-inquiry, expression, and balance in an ever-shifting world. She is a Masters student at Antioch University, and is pursuing a Certificate in Ecopsychology through Pacifica Graduate Institute. Tessa has a BA in psychology and education from the University of California, Santa Barbara. She has over ten years of experience working with children, teens, and families through local organizations committed to self-awareness and nature connection. Her current paths of service include: Environmental Educator with Food for Thought, Birth Doula with Kindling Connection… and Lead Field Staff with Ventura Wild! Tessa operates with a “systems mentality,” honoring all experiences as invitations to explore relationships within this interwoven reality. 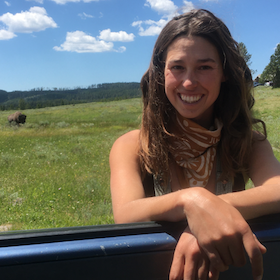 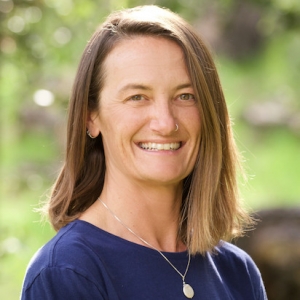 Amy has been a naturalist/educator/guide for nearly 20 years.  Her love of nature started in the Southeast in Charleston, South Carolina as she was earning a B.S. in Geology.  Shortly after graduating she started working at a Nature Center and leading canoeing, kayaking, biking and birding tours along with classes in the nature center.  After moving out to California to work as a naturalist educator teaching environmental education, she continued to be a kayak guide in the summer and winters.  The guiding took her to places such as Belize, Panama, San Juan Islands, Wyoming, Baja, Mexico and the Channel Islands.   She currently lives in Ventura and continues to teach outdoor education through several different organizations in Southern California along with leading hikes with The Nature Conservancy .  Birding is one of her biggest passions and loves to share that with others.  Her goal is to spread awareness of the natural environment in order to develop a deeper appreciation and love of the wilderness in hopes of conserving it.
Erik was raised in Colorado & Sweden and even as a child was deeply enthralled by the natural world. He built birdhouses, raised tadpoles, and planted gardens while roaming the mountains and forests around his home. He feels privileged to have had such an idyllic childhood, one where he could find moments of self-directed solitude in nature or push himself towards a new adventure. He enjoyed the challenge of becoming an Eagle Scout and likes using the best parts of that experience to enhance his education programs.  He has a degree in Anthropology and a certificate in Marine Biology. Professionally he has worked as a naturalist, biologist, and educator for various nonprofits including The Aspen Center for Environmental Studies & the Teton Science School and the National Park Service, among others, where he has worked with thousands of participants of diverse backgrounds and interest. He has also been employed as a bird biologist, roaming the Dakotas and Wyoming, spent time working with sea turtles in Costa Rica, tracked wolves in Yellowstone, monitored mountain goats in Glacier National Park, and guided polar bear expeditions on Hudson Bay. When he isn’t trying to provide formative experiences for children and adults in nature you can find him creating wildlife art, harvesting wild edible plants, or drawing up plans for the hobbit hole he plans on living in someday. 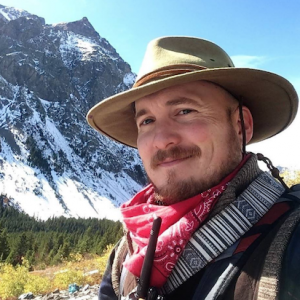 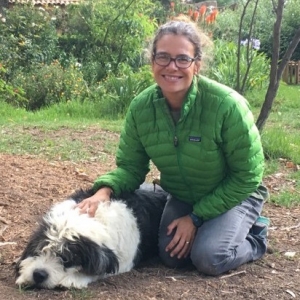 Jenny grew up in west Sonoma County and spent most of her childhood outdoors, running around with chickens and sheep and adventuring in a nearby creek. She studied environmental science and music at UC Santa Cruz, and after taking an entomology class and spending the last quarter of her undergrad degree in a tropical biology course in Costa Rica, she fell in love with tropical biology and speaking Spanish. She spent many years studying tropical insects and biodiversity, obtaining her M.S. and then embarking on a doctoral program. Part-way into a PhD program, she realized that she preferred exploring nature and teaching, rather than studying nature in an academic context. Jenny recently moved back to California with her husband and young children, after living in Michigan for four years where she had the opportunity to develop a parent-child nature exploration class through Ann Arbor public schools. Upon returning to CA, she was so delighted to find Ventura Wild and is super excited to help connect more children and families to nature! She is also very passionate about bringing more nature connection and education programs to local Spanish speaking communities.
I was born and raised in the Southern California. In between Angeles National Forest and San Bernardino National Forest. The memory that began my love for nature is when my parents took me out to the nearest creeks while my dad fished and my mom collected black berries and cleaned them with a spaghetti strainer in the creek. While studying Environmental Science and Resource Management at Cal State Channel Island I have been able to travel with my class to New Orleans and do tree surveys and go to the Santa Rosa Research station to conduct research with my GIS class. During the summers I typically take on trail maintenance jobs at national parks and national forest. I have done work at Sequoia National park and Siskiyou Mountain range in Oregon. This past summer I had the honor to work at the Santa Barbara zoo as an educator and interpreter. During my free time I love visiting national parks, camping, backpacking and hiking with my friends and loved ones. I would also like to recognize and say that we are able to play and teach the kiddos on Chumash land. 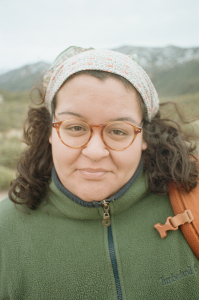 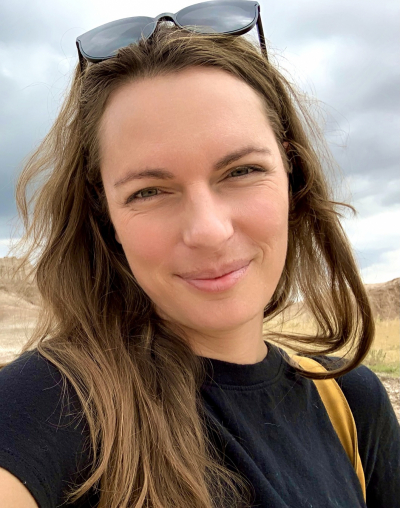 Jo’s most precious childhood memories are of the long days spent idly observing insects, mixing potions, building forts, and forging creeks in the forests of the Midwest. The unstructured immersion into the cycles of the natural world fostered empathy and awareness, and later motivated Jo to study Sustainable Global Development at the University of Dayton and Forced Migration from American University of Cairo. Studying resource conflicts, and working with displaced populations in the Middle East presented Jo with the dire human costs of the climate crisis. After having her own family, and moving back to the US, Jo chose to contribute to a culture of compassion and conservation by focusing her energy on mentoring the next generation’s leaders. For the last six years, she has been working at Montessori and Reggio preschools, while instructing her own children in a nature immersive, homeschool pod. When she is not planning project-based curriculum, or digging in the garden, Jo spends her time planning ever-more daunting family trips!
Jodi was raised and lived in New York City before relocating to Southern California.  Her love for the outdoors grew from visiting the local NYC parks, spending two weeks at sleepaway camp in the Adirondacks in the summers, vacationing with family and being glued to Animal Planet and shows like Zaboomafoo by the Kratt Brothers as a child. In High School she interned with the New York Aquarium where she conducted and presented research on Ocean Acidification to the Wildlife Conservation Society and teamed up to design an exhibit for Japanese Koi Fish. Upon her relocation to California, she joined a Marine Biology Club and volunteered with the National Parks Service to help aid in habitat restoration on the island of Anacapa.

Fast forward to now, she holds a B.S in Environmental Science and Ecology and is passionate about bringing holistic environmental education programs and spaces to underrepresented communities. She believes allowing children and people overall to reconnect with nature can instill positive values and respect.

In her free time she enjoys yoga, exploring, hiking, and dancing. 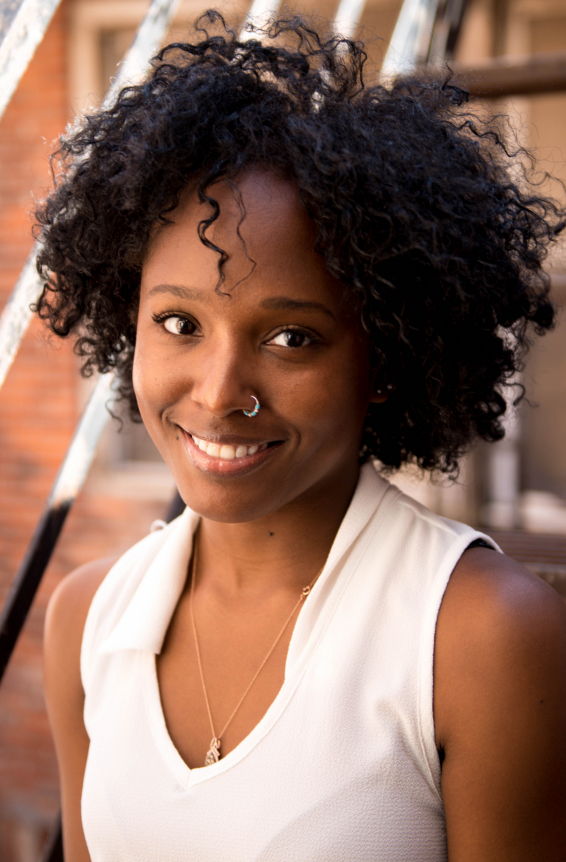 Past Staff & Other Important People